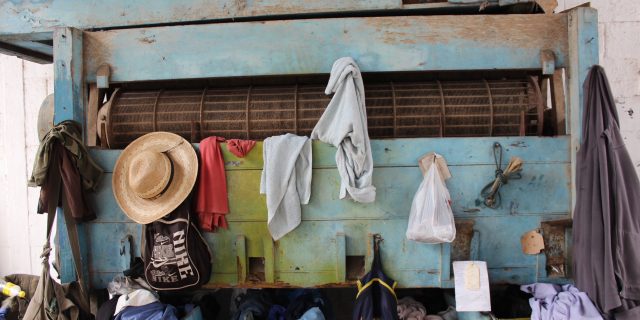 We bought this classic Red de Mujeres for our next house espresso.  Red de Mujeres or Network of Women is a large group of female coffee producers covering five different areas of Huehuetenango. The organization of ACODIHUE helps and trains them in farming sustainable. Expect great notes like goji berries, raspberries, almonds, chocolate and a syrupy mouthfeel.

The Red de Mujeres, or ‘network of women’, is a large group of female coffee producers covering five different areas of Huehuetenango. The group is made up of 830 women. Within the entire community of women there are 8 different Mayan languages spoken, highlighting the diversity of culture and language in this area of Guatemala.

All of these women have been either widowed during the 36 years of civil war in Guatemala, or were left when their husbands fled the country during the coffee crisis between 2001 and 2004. Since Huehuetenango was one of the areas hardest hit by the crisis, many people decided to give up altogether and find work elsewhere, leaving their families behind.

With the help of ACODIHUE, these female producers have been united to market their coffee and find international buyers. ACODIHUE has also supported them in training in organic farming methods, from producing and applying fertilizers, to rust and pest control methods. Falcon has started working with ACODIHUE to improve the quality of production even further, starting with Red de Mujeres.